DigiM made a number of additions to the I2S software in 2020 to improve the image processing and simulation applications. These new options give more control to the user to process images, and simulate rock properties better than before. In addition, DigiM contributed papers to the 2021 SPWLA and URTeC conferences that focused on the use of artificial intelligence-based methods to improve image analysis of complex images of reservoir rocks.

The Supervised Machine-learning segmentation tool was updated with an expert user mode that allows for quantitative evaluation of the segmentation process, which complements a more traditional visual assessment. Probability information for each voxel for all classified phases is available to help make decisions on the quality of the supervised training.

Mosaic Field of View (MFV) Imaging is a new technology that scans large field-of-view 2D SEM images in order to give the user the ability to pan and zoom specific regions down to see millimeter scale surfaces. I2S already has incorporated MFV images into its system of image processing applications for seamless operations into property characterization applications. 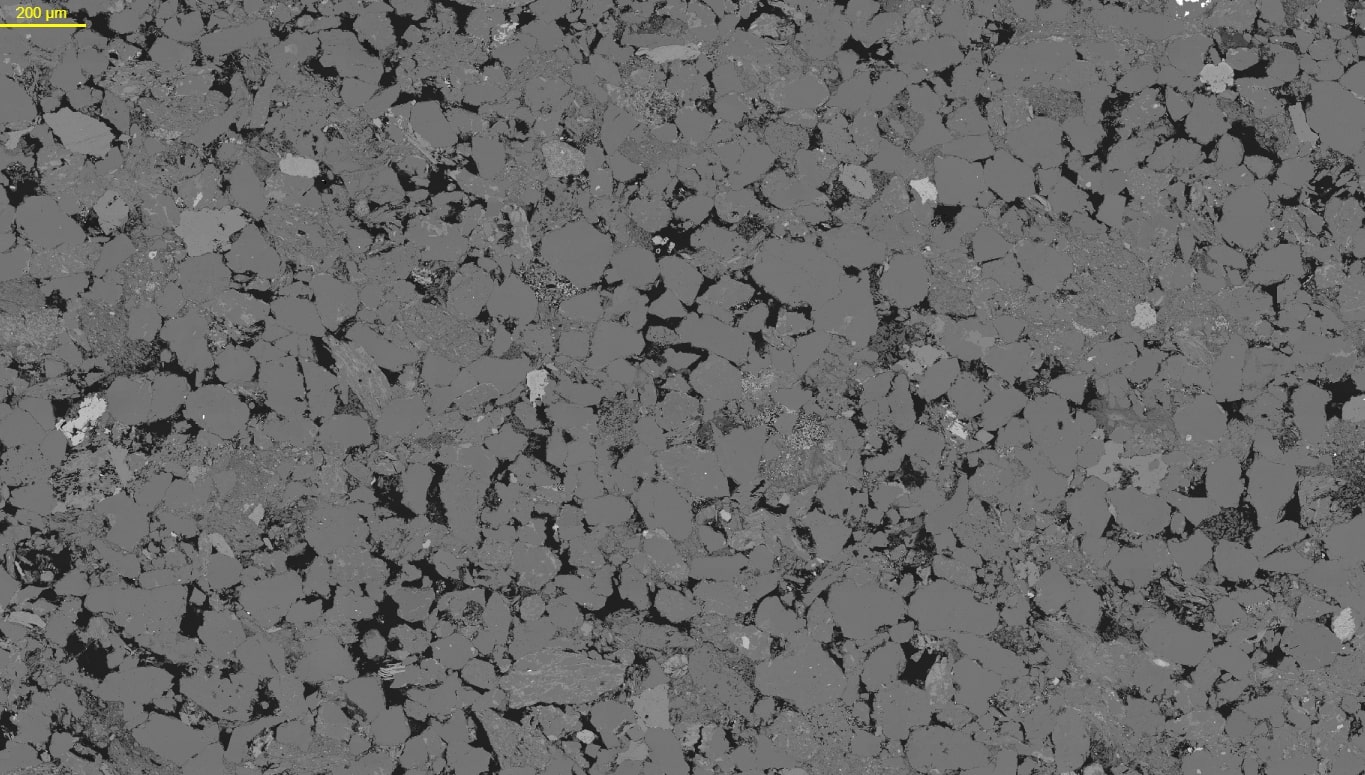 Watershed is a powerful image processing tool that separates similar features that share boundaries that are easily apparent to the human eye, but define basic image analysis tools. The new update provides an interactive view of the training region where the user can try different watershed levels to get visual confirmation on the creation of feature boundaries. This information is then passed along directly to the Size Distribution application.

A Deep-learning Segmentation application for I2S is coming soon with expected release in 2021. Deep-learning tools work better on images with complicated grayscale levels, but have more training requirements that often constrain their use. The new tool combines an initial Supervised Machine-learning session with the power of the Deep-learning neural networks for the more challenging segmentation of complex images. Learn more about it in our SPWLA publication below! 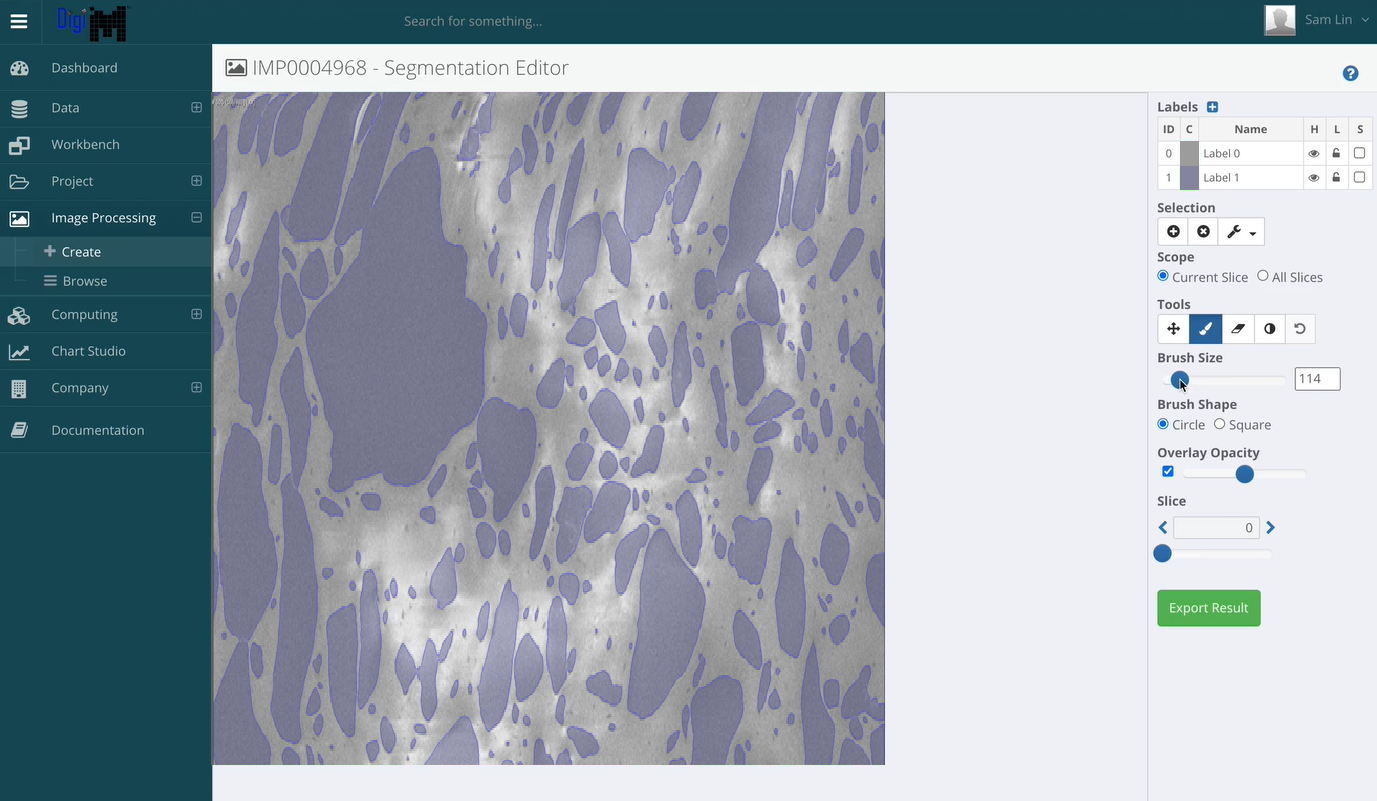 Simulation of two-phase capillary pressure curves is traditionally based on simple face-to-face (N6) connectivity of the pores within an image volume. This approach works well for samples with pore features that are tens of voxels in diameter, but is limited when the feature size approaches image resolution. Each pressure point in the capillary pressure curve is defined by the number of voxels that define a minimal diameter, e.g. 1, 2, 3 etc. I2S now adds edge-to-edge (N18) connectivity in an effort to include fractional voxel diameters in the simulation. This adds pressure-saturation points in the simulated capillary pressure curve which then adds more points to the relative permeability simulation. The application also supports different imbibition geometries beyond the original X, Y, and Z orientations by including drainage in all directions simultaneously on multiple shapes’ surfaces like a cube,  cylinder, sphere, and irregularly shaped particles. These were added in an effort to mimic laboratory-based capillary pressure results. Below is an example of the capillary pressure simulation with the Estaillades Limestone showing the connectivity differences in a drainage curve (left) and how the simulated curves match with a Mercury Injection Capillary Pressure (MICP) laboratory test (right). 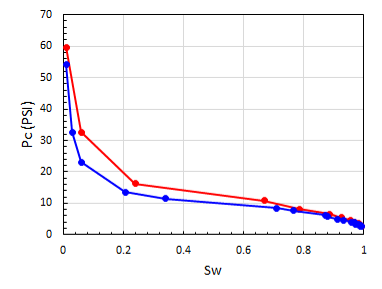 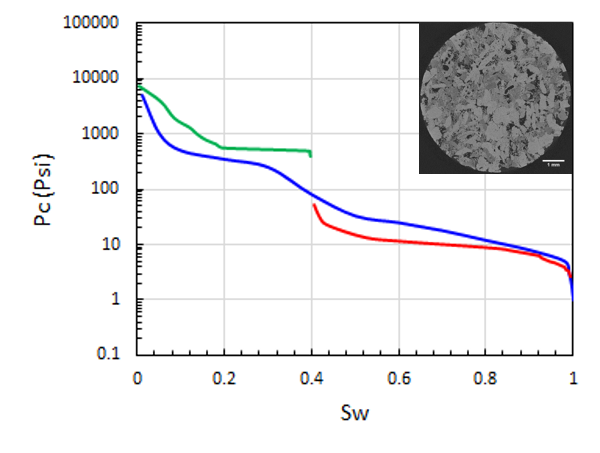 In addition, DigiM has updated its Spatial Distribution application that is used to determine whether an image volume is a Representative Elementary Volume (REV) by monitoring the abundance of a feature, such as porosity, across the surface and volume. This application now allows for customized starting points in the image beyond the original orthogonal geometry. This is especially useful for unusual particle shapes, such as cuttings, within the overall image volume.

At the May 2021 SPWLA Annual Symposium Boston chapter meeting, our DigiM colleagues presented a paper on how to enhance the millimeter per pixel resolution of borehole image logs using an artificial intelligence-based workflow to enhance the detection and quantification of sub-resolution fractures. This study combines the statistical information obtained from a Supervised Machine-learning segmentation process with a multiple-layer neural network from a Deep Learning process in order to enhance fractures in a borehole image. These new images allow for a more robust analysis of fracture widths, especially those that are sub-resolution. Video presentation and paper is available to DigiM Community members on the right.

At the July 2021 URTeC, our DigiM collaborators presented a study that compares segmentation effectiveness from a supervised machine learning segmentation and an intensity based segmentation. The project used high-resolution, large field of view 2D SEM images that combine a large field-of-view (millimeters) with resolution of fine detail (nanometers). Results are discussed in context of the impact on unconventional reservoir quality assessment. Login on the right to gain access to the paper.